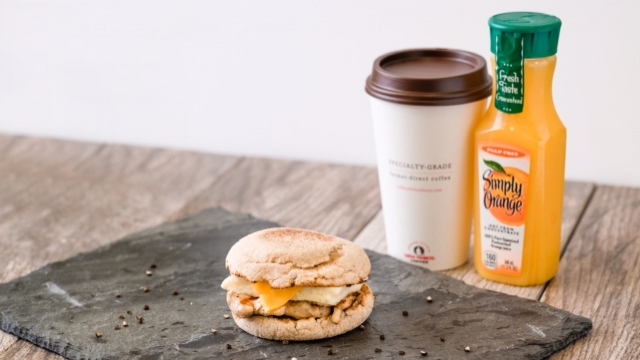 SMS
Chick-Fil-A Updating Its Breakfast Menu For The First Time In 6 Years
By Ryan Biek
By Ryan Biek
July 18, 2016
The sandwich brings grilled chicken to the mornings and two new ingredients to the restaurant.
SHOW TRANSCRIPT

Add some American cheese, and you've got the new breakfast item dubbed the Egg White Grill. It will be available nationwide on Monday starting at $3.35.

This renewed focus on breakfast makes sense, considering research commissioned by Chick-fil-A found breakfast has grown across the fast-food industry by 60 percent in just the last five years.

While egg white sandwiches have become a staple at McDonald's, Starbucks, Subway and more, Chick-fil-A's new sandwich is one of the first to add grilled chicken.