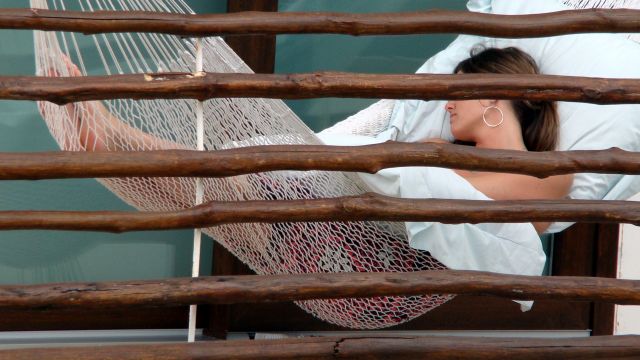 By Stephanie Liebergen
February 18, 2016
A new CDC study concludes something we've known for a while: Americans aren't getting as much sleep as they should.
SHOW TRANSCRIPT

A new study says about one-third of Americans don't get enough sleep every night. But that news isn't news.

The results, published online Wednesday, show that about 35 percent of Americans sleep less than seven hours a night. The Centers for Disease Control and Prevention says the results suggest "an ongoing need for public awareness and public education about sleep health."

But a separate CDC study published almost five years ago drew the same conclusion: "35.3% [of responding adults] reported having <7 hours of sleep on average during a 24-hour period."

So why hasn't that number changed in five years? Do Americans really need more education about sleep, or are we just choosing not to listen?

Five years ago, a National Sleep Foundation poll found that a majority of Americans, 95 percent, use some type of electronic device within the hour before bed. It could be a video game, an episode of your favorite TV show or a quick email check on your phone or computer — but experts say all those screens negatively affect your ability to fall asleep.

One doctor said, "Artificial light exposure between dusk and the time we go to bed at night suppresses release of the sleep-promoting hormone melatonin, enhances alertness and shifts circadian rhythms to a later hour — making it more difficult to fall asleep."

The CDC says insufficient sleep is connected to a number of medical conditions, including diabetes, obesity and depression.

I know having a TV in my bedroom is bad for my sleep, but that doesn't mean I'm going to move it anytime soon.