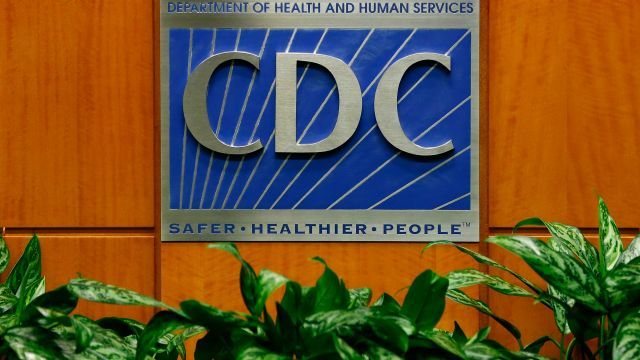 SMS
The CDC Says This Polio-Like Disease Is Rare But On The Rise
By Matt Picht
By Matt Picht
September 30, 2016
Cases of acute flaccid myelitis have shot up since last year.
SHOW TRANSCRIPT

Cases of a rare polio-like illness have shot up in recent months. And the Centers for Disease Control and Prevention is taking notice.

The CDC recorded 32 cases of acute flaccid myelitis across 17 states in the first half of this year. The illness has been most often observed in children. It can cause limb weakness, loss of muscle tone and in extreme cases, respiratory failure.

Of the follow-up cases the CDC has observed, 85 percent of those afflicted with AFM show improved symptoms. But only three patients ever fully recovered from the disease. The median age of affected patients is 7 years old.

A CDC official told The Washington Post, "We have sent out several health alerts to states to let them know we are seeing an increase in reporting and to encourage them to communicate with doctors to report these cases in a timely fashion."

Of course, this year still pales in comparison to the last six months of 2014, which saw 120 confirmed AFM cases. That's when the CDC first started paying attention to the disease.

The exact cause of AFM is still unknown, but researchers noted the 2014 surge in cases coincided with a national enterovirus outbreak.

Since not much is known about the condition, the CDC doesn't have a specific treatment to recommend. But it does recommend children practice basic hygiene and stay up to date on their vaccines in order to avoid diseases associated with AFM.