Carbs Might Be Putting You At Risk For Lung Cancer 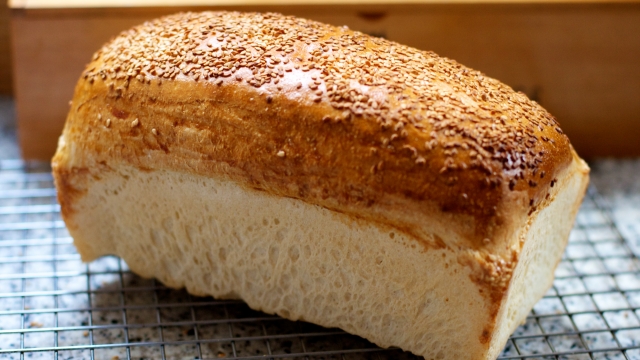 SMS
Carbs Might Be Putting You At Risk For Lung Cancer
By Ryan Biek
By Ryan Biek
March 7, 2016
Research participants who'd never smoked but ate diets high on the glycemic index had elevated risks of developing lung cancer.
SHOW TRANSCRIPT

Can certain carbohydrates raise your risk of lung cancer, even if you don't smoke?

Diets high in the glycemic index cause insulin levels to rise in the blood. White bread and white potatoes fit into this category.

Researchers at the University of Texas MD Anderson Cancer Center recently found participants whose diets had the highest glycemic indexes were more than twice as likely as those with the lowest indexes to develop lung cancer.

The researchers think high-glycemic diets may cause insulin resistance, which in turn may boost cellular "growth factor" chemicals that have been shown to influence cancer development.

Researchers also found that cancer risk increased in participants who had fewer than 12 years of education.

The lead researchers stressed their work doesn't necessarily prove the diet causes lung cancer but did say limiting your intake of food with a high glycemic index may lower your risks.