Canadian City Might Have To Pay After Rescuing Stranded Americans 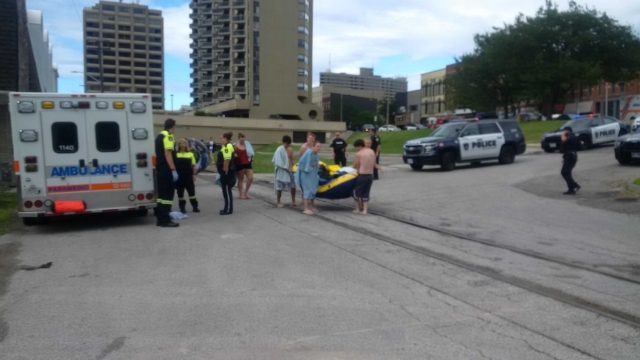 It cost over $6,000 to rescue roughly 1,500 Americans who unexpectedly floated into Canadian territory Sunday. And guess who may have to pay the bill?

The city of Sarnia, Ontario, is likely on the hook to pay police, firefighters and transit workers. In all, 10 city buses made 19 trips to help the stranded American floaters get back to the border.

A lot of those rescuers had to work overtime, and even after the Americans were gone, a lot of trash needed to be picked up.

During the annual float trip, participants travel down the St. Clair River. The plan is always to stay on the Michigan side of the river, but this time, strong winds blew many floaters into an illegal border crossing.

The problem is the event is unsponsored, and without a sponsor, the city's mayor is left wondering who to charge.

Charging the people who needed to be rescued seems like a good idea. But most arrived on shore without any money or identification.

In the end, Sarnia may get a little help after all. A Michigan man, who didn't need to be rescued, has started a GoFundMe account to supplement the costs. So far, the effort has raised more than $4,000.