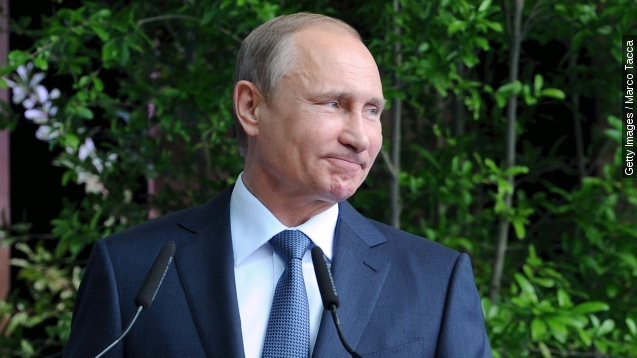 By Jake Godin
June 13, 2015
The European Union will discuss the renewal of sanctions on Russia in the coming weeks, but is the vote in danger with Putin wooing EU members?
SHOW TRANSCRIPT

European sanctions on Russia are set to expire.

What happens next? (Video via The Kremlin)

European sanctions against Russia over its role in the ongoing Ukrainian conflict will expire on July 31 pending a decision by the European Union.

That decision will come later in June during an EU meeting. And while European nations were relatively united in their stance against Russian aggression early on, cracks are appearing in their sanctions strategy. (Video via European Council)

While there, Tsipras called for an end to European sanctions against Russia warning they’ll lead to a new Cold War. The two are due to meet again late next week. (Video via The Kremlin)

Hungary, too, has previously been courted by Putin. In February, Putin visited Hungary’s Prime Minister Viktor Orban in Budapest and hashed out an extension of the countries' gas supply deal.

More recently, Putin visited Italy and wasted no time in expressing his dismay with European sanctions.

There’s a common theme with all these bilateral meetings — money. It’s a part of Putin’s strategy to woo European nations through their economies.

While Western sanctions against Russia have undoubtedly had a negative effect on the country, Russian trading partners have also taken a hit. Were the sanctions to be lifted, it would mean both more money and more energy for some of the EU’s more economically vulnerable nations. (Video via Ukraine Today)

The strategy makes sense. The EU will need a unanimous agreement if it wishes to renew current sanctions on Russia. All it would take is one dissenting EU member nation to throw a wrench in that goal. (Video via European Parliament)

But, it may not all come down to whether one country blocks the renewal or not. The Wall Street Journal recently reported the EU is considering simply extending the sanctions at their summit later this month without a debate first, essentially pushing off further discussion until January.

So what happens if the EU fails to renew sanctions? That leaves the U.S.

The Obama administration, which has led the charge in doling out sanctions to Russia, may feel pressured to either ramp up its own sanctions or scramble to reunite the European bloc. (Video via The White House)

Underpinning all of this sanction discussion will be the conflict in Ukraine, which continues to see skirmishes between government and pro-Russian separatist forces despite a ceasefire agreement made in February. (Video via Ukraine Ministry of Defense)

This video includes images from Getty Images and music by @nop / CC by NC 3.0.