Can Inequality Be Traced To Ritualistic Killings? 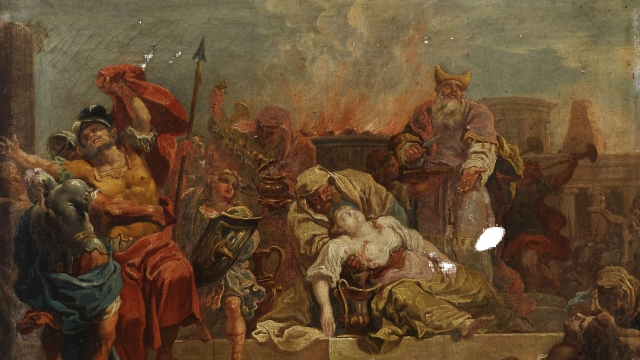 SMS
Can Inequality Be Traced To Ritualistic Killings?
By Ryan Biek
By Ryan Biek
April 10, 2016
A new study found human sacrifices were strongly linked to the growth of civilizations –– especially ones with rigid class systems.
SHOW TRANSCRIPT

New research says human sacrifices were strongly linked to the growth of civilizations, at least unequal ones.

The study, published in the journal Nature this month, traced family trees and found connections among a number of groups in the Pacific. Some groups had fairly equal class systems, while others split citizens into regimented groups economically and socially.

Historically, human sacrifice could be used to signal the start of wars, to end diseases, when leaders died and more.

Almost half of the 93 cultures studied showed signs of human sacrifice. But only 25 percent of the societies that had fairly equal class systems practiced it, compared to two-thirds of highly stratified societies.

What's more, those sacrificed were largely members of the lower classes.

Some have said the study states the obvious, but others argue it's unclear whether the findings can be extended to history outside the Pacific.

Most major religions ban human sacrifice, so it's difficult to say how much the ancient practice led to any social and economic systems seen today.

However, the researchers in this latest study argue human sacrifice played a key part in small societies transitioning into larger ones. And once societies became stratified, human sacrifice helped them stay unequal.

This video includes clips from the History Channel, National Geographic, RT and images from Getty Images and Lawrence OP / CC BY 2.0.