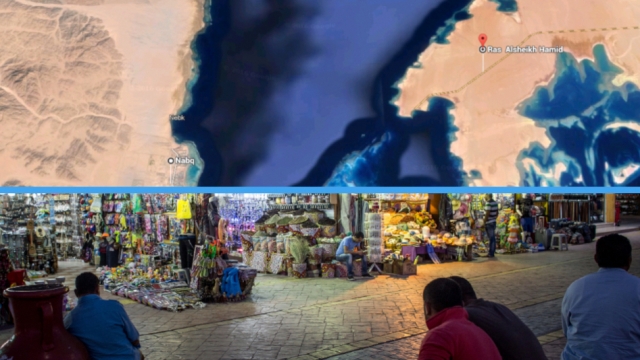 Saudi Arabia and Egypt are building a bridge over the Red Sea — a move that might be partly motivated by Egypt's dwindling economy.

Detailed plans for the bridge have yet to be released, but the countries' likely plan is to connect the southern Sinai Peninsula to Saudi Arabia.

The two countries are allies, and Saudi Arabia is one of Egypt's major investors.

Egypt's economy started faltering during the Arab Spring in 2011, and Saudi Arabia has been helping Egypt since 2013.

Last year after facing a currency shortage, Egypt received $8 billion from the gulf state. According to Al Jazeera, the two countries are expected to sign a multibillion-dollar plan to fund Egypt's oil needs for the next five years.

But Saudi Arabia's pockets aren't endlessly deep. In March, the oil-funded kingdom was reportedly looking to get $8 billion in loans as oil prices fell.

The bridge could offer some benefits — at least, both countries are likely hoping so. Saudi Arabia's king said connecting the nations could offer "unprecedented levels" of trade.

Of course, this isn't just about trade. There's influence at stake here, too.

The two countries' partnership includes standing together politically in the region and against Iran.