Cambodia Wants Media To Call Its Leaders 'Lords' — Or Else 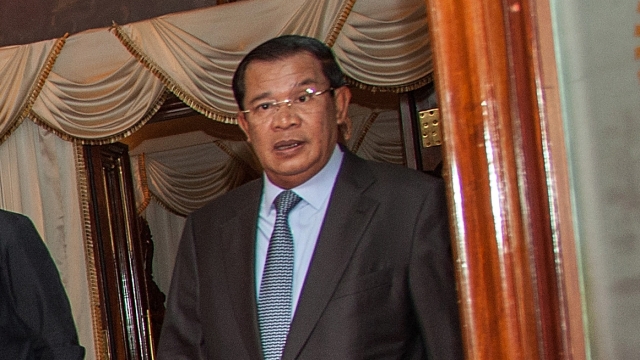 SMS
Cambodia Wants Media To Call Its Leaders 'Lords' — Or Else
By Melissa Prax
By Melissa Prax
May 14, 2016
The Cambodian government told the country's media outlets they have to call several top officials "lords" or face the consequences.
SHOW TRANSCRIPT

Top officials in Cambodia are technically called lords — and soon, the media will also have to call them that.

The formal titles for several Cambodian officials include a Khmer word that translates into English as "lord," which means the country's prime minister — Hun Sen — should be addressed as "lord prime minister and supreme military commander."

The government warned journalists will have to start using those full titles by July, or they'll block their broadcasts and take away their licenses.

These threats follow a letter sent out by officials to nongovernment-owned media outlets in December asking them to use the titles.

For foreign media reporting in Cambodia, it's unclear if they'll also have to follow the rules, but it sounds like it.

According to Radio Free Asia an official in the country's information ministry said: "We want to work in a country with integrity, with laws and customs. ... We must use this word. If you're not satisfied, leave."

Sen — who's been the prime minister for nearly two decades — has tightened his grip on the media since his re-election in 2013.

Press freedom organizations say journalists there are closely watched and are told not to cover illegal activities.

And it's not just reporters. The government was criticized in 2014 over a leaked draft of a law aimed to censor internet use that hurt "the sovereignty and integrity" of the country's king.