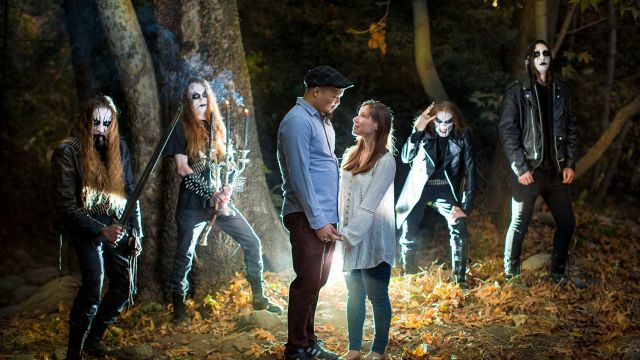 This metal band joined a couple's engagement photos — and made them epic.

Nydia Hernandez and John Awesome had their photos taken in Orange County, California.

The band Coldvoid planned to have their own photo shoot on the same day for promotional purposes.

After bumping into each other, the photographer asked the band to join. The groom-to-be actually used to be in a metal band, so it was pretty appropriate.

So here's to you, future Mr. and Mrs. Awesome. May your wedding be equally as metal.