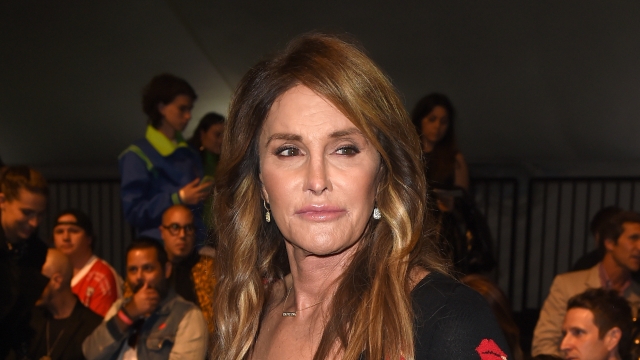 Jenner reportedly told her ex-wife Linda Thompson in the 1980s, "I am a woman trapped in a man's body."

That's according to Thompson's new memoir titled "A Little Thing Called Life," which People published an excerpt of.

The memoir details the love life of Thompson, who also was romantically involved with Elvis Presley in her 20s.

Thompson said Jenner also told her, "I have lived in the wrong body my whole life. It is a living hell, and I really would like to move forward with the process of becoming a woman."

Jenner says she started taking hormones during the '80s before she met former wife Kris Jenner.

But in several interviews following Caitlyn Jenner's transition, there seemed to be some confusion about exactly what she had told Kris Jenner in the past.

And some of the Kardashian-Jenner family members have since said they knew about Caitlyn Jenner's desire to transition before she said anything.

Kendall Jenner told Women's Wear Daily, "I've known since I was a kid. He never confirmed it to me, but I've known for a very long time. It's the same person."

Kim Kardashian also said she knew after she came home one time to see Jenner wearing heels, makeup and a wig.

Jenner told Vanity Fair right after her transition, "If I was lying on my deathbed and I had kept this secret and never ever did anything about it, I would be lying there saying, 'You just blew your entire life. You never dealt with yourself,' and I don’t want that to happen."

This video includes clips from E! and images from HarperCollins Publishers and Getty Images. Music provided courtesy of APM Music.

We've updated the language of this story to make it more sensitive.