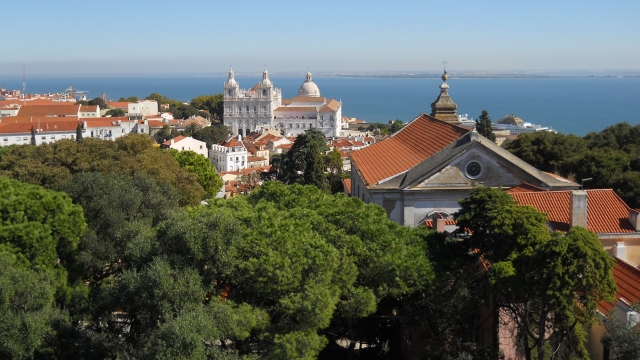 SMS
By 2100, Lisbon, Portugal, Could Be A Desert
By Katherine Biek
By Katherine Biek
October 31, 2016
A new study looked at how various global temperature increases could affect the Mediterranean ecosystem.
SHOW TRANSCRIPT

Welcome to Lisbon, Portugal. Located near the Atlantic Ocean, the capital city is filled with lush, green grass and plenty of trees.

But researchers warn this Mediterranean region, and other parts of Southern Europe, could transform into a desert by the end of the century because of climate change.

To come to this conclusion, researchers used pollen records to create models of what could happen to the climate under various temperature increases.

The worst-case scenario model had global temperatures rising by about 5 degrees Celsius. This would cause the majority of southern Spain and parts of Portugal to transform into a desert.

According to the study, average temperatures in the area have increased by 1.3 degrees Celsius since the late 19th century.

Much of that could be prevented, though, if we work to cut carbon emissions. It's actually something almost 200 governments agreed to do last year to try to keep temperatures from rising more than 1.5 degrees Celsius above preindustrial levels.

"This study shows how essential it is for nations to meet their Paris commitments," Patrick Gonzalez, a U.S. climate change scientist, told Nature.

The study, which was published in the journal Science, pointed out that it didn't factor in human impacts, such as urbanization and soil degradation, into its research.