A Fire May Have Broken Out Before Flight MH370 Crashed 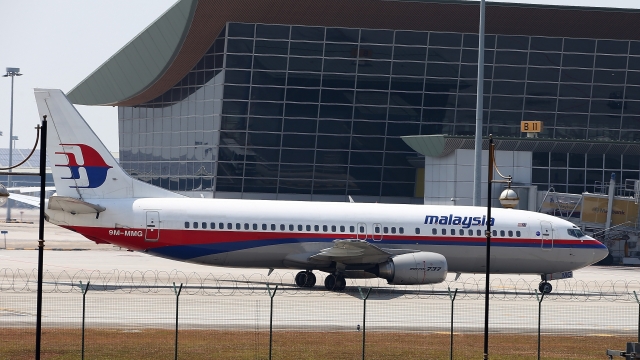 Debris hunter Blaine Gibson recently found five new pieces that allegedly belong to the plane, which mysteriously veered thousands of miles off course and crashed in the Indian Ocean in 2014. Two of those pieces show burn marks.

If they're confirmed to be part of MH370, it would be the first evidence of a fire having broken out.

But it may only add another mystery — Gibson noted it's unclear if the fire would have come before the crash or after.

Many of the pieces that have been found are small, which could mean the plane crashed hard, versus gliding down.

A BBC analyst says if a fire broke out before the crash, the theory that the pilot killed himself would be less likely.

Gibson is a lawyer from Seattle. He has spent more than a year jumping from island to island in the Indian Ocean in a self-funded search for wreckage.

In June, Gibson found 15 to 20 personal effects, such as a backpack and a computer case, from passengers on the flight.

The new pieces have reportedly been sent to the Australian Transport Safety Bureau, which has been the lead investigator of the crash.

The ATSB did not immediately comment on the possible evidence. Gibson's find may help convince Australia, China and Malaysia's governments not to suspend their search in December.