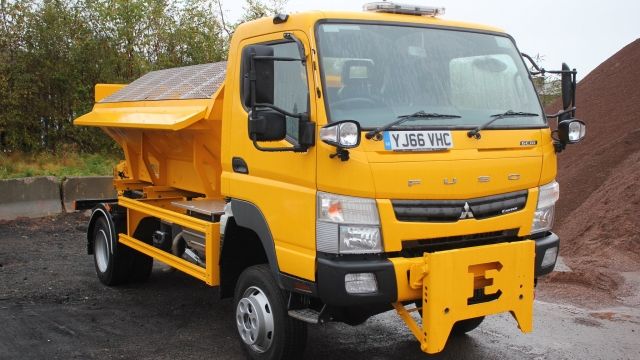 Attempts to crowdsource names keep failing, which begs the question: Why do we keep trusting the public to name things?

First, there was Mr. Splashy Pants, a pretty cool humpback whale that got a terrible name thanks to a 2007 Greenpeace campaign.

According to a Greenpeace blog, someone found a way around the "one vote per person" rule, and "Mr. Splashy Pants" took over 78 percent of the votes.

Four years later, the citizens of Austin, Texas, voted to name their solid waste department the Fred Durst Society of the Humanities and Arts — after Limp Bizkit's frontman.

And how could we ever forget poor Boaty McBoatface.

Now, there's a new kid in town. Meet the British city of Oldham's brand new yellow gritter, a winter service vehicle. The city council asked its Twitter followers to help come up with a name for the truck.

Which, since history repeats itself, seemed to be a mistake. Some of the highlights — Gritney Spears, Brad Grit, Gritt Romney and, our personal favorite, Grit Happens.

Unfortunately, the gritter-naming competition is only open to kids who live in Oldham or who attend the town's primary school, so most of these punny suggestions won't count.

But hey, at least they weren't as bad as Mountain Dew's "Dub the Dew" contest. For the record, "Hitler Did Nothing Wrong" is a terrible name for a soda.