British Press Say This Man Is The New 'Jihadi John' 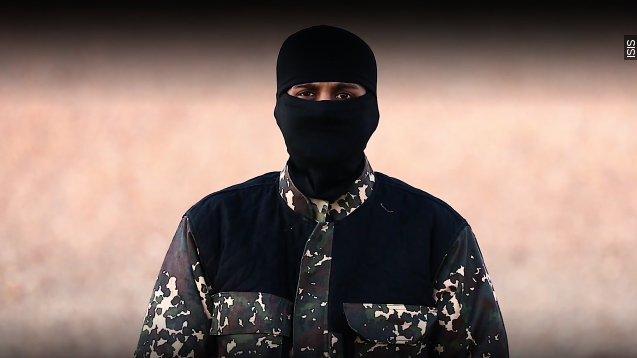 SMS
British Press Say This Man Is The New 'Jihadi John'
By Jake Godin
By Jake Godin
January 5, 2016
British media claim that the man in ISIS' latest execution video is Siddhartha Dhar, a U.K. citizen. So, who is he?
SHOW TRANSCRIPT

This is the man British media are calling "the new Jihadi John." It's believed his identity is Siddhartha Dhar, also known as Abu Rumaysah.

Turns out he's a little more prolific than his predecessor.

"I think any practicing Muslim that hears that the caliphate has been implemented and the laws of the Quran and Sunnah are being established, they would flock to that place," Dhar said on a BBC program.

According to the BBC, Dhar grew up in a Hindu family in the U.K. and later converted to Islam.

After ISIS announced its caliphate, he appeared on numerous broadcasts defending the terror group.

"I think, look, the reality is, the caliphate exists, and many Muslims — not just myself — want to migrate there and live there peacefully," Dhar said on an Al Jazeera program.

He then fled to Syria with his wife and kids in 2014 after being charged with encouraging terrorism.

Dhar's sister told the BBC she wasn't sure if it was him in the new ISIS video, though she said the voice sounded like his at first.