Beware Of Hops: Main Ingredient In Beer Could Be Fatal For Your Dog 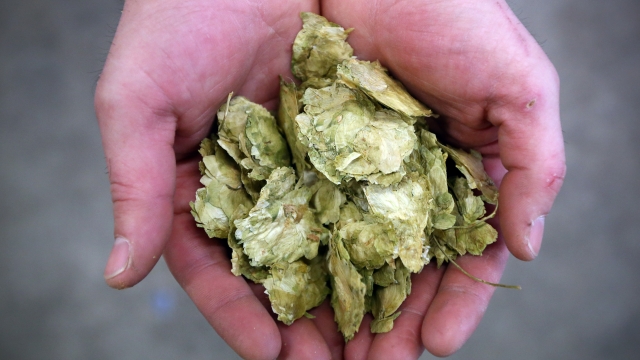 SMS
Beware Of Hops: Main Ingredient In Beer Could Be Fatal For Your Dog
By Briana Koeneman
By Briana Koeneman
August 23, 2016
As one Michigan family recently learned, brewers need to make sure their pets don't get into one beer ingredient in particular.
SHOW TRANSCRIPT

As many beer lovers know, making your own brew in the comfort of your home is becoming more and more popular.

But as one Michigan family recently learned, brewers need to make sure their pets don't get into one ingredient in particular.

"I knew hops were bad for dogs, deadly for dogs, and didn't think that he could get at it," Gary Schlaff told WXYZ.

That's Gary Schlaff, who works at the Farmington Brewing Company with his son, Jason. Gary told Newsy's partners at WXYZ he was watching Jason's dog, Booker, while he was out of town.

Gary had put some spent grain and hops in his garden to fertilize the plants earlier that day. Booker got into the mixture while he was outside, and Jason could tell something wasn't right as soon as he got the dog home.

"As soon as I brought him in, he threw up all over the carpeting. It was obviously green, which is a very common color for hops," Jason said.

Jason rushed Booker to an animal emergency center, where he was diagnosed with malignant hyperthermia.

See, when a dog ingests hops, its body temperature can soar past 105 degrees. A dog's normal temperature is between 101 and 102.5 degrees.

And if it doesn't get treatment within a few hours, it could die.

Thankfully, veterinarians were able to get Booker's body temperature down and give him Dantrolene, the antidote needed to save his life.

Jason says Booker is doing great now, and the Farmington Brewing Company is holding a "Pints for Pups" event this weekend to help raise money for the Michigan Humane Society.