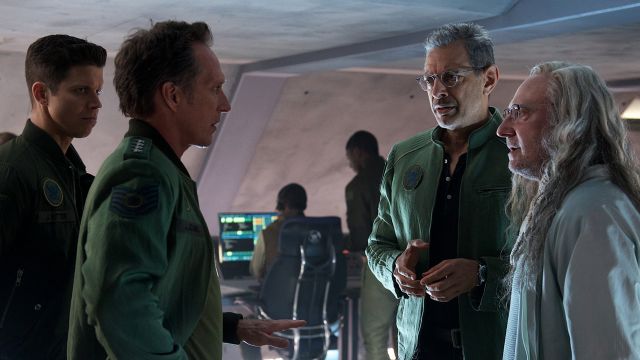 In theory, waiting 20 years to release a sequel should elicit some excitement, but unfortunately, it only seems to work if you make a good movie.

Holding on to the No.1 spot this weekend in commanding fashion is "Finding Dory," bringing in an estimated $73 million in its second weekend. This strong sophomore weekend pushed Pixar's latest to more than $286 million domestically.

After just 10 days in theaters, "Finding Dory" is already the sixth highest grossing film of 2016, and many are predicting it'll be No. 1 soon enough.

In order to do that, though, it's going to have to catch up to its studio partner "Captain America: Civil War" — which has brought in almost $404 million in domestic ticket sales so far and is still in theaters.

Luckily for the good folks at Disney studios, it's all their money anyway. And now, the not-so-good news.

This movie had bigger ships and bigger aliens than its predecessor but a smaller debut. Taking a very non-blockbuster-like bow at No. 2 is "Independence Day: Resurgence," earning almost $42 million. That's a long way from the $165 million Fox paid to destroy some new landmarks.

In fact, it's actually a smaller debut than the original "Independence Day" — you know, the one that came out 20 years ago.

So what happened? In the past, we've seen this formula work just fine.

You take a popular '90s movie, add some modern-day (and really expensive) CGI and then ride the nostalgia train all the way to the bank.

But unlike, say, "Jurassic World" and even "Finding Dory," "Independence Day: Resurgence" was terrible.

"... one of the most ridiculous finales in a sci-fi movie in recent years," IGN's Lucy O'Brien said.

Well, at least we've still got the speech.

Falling to No. 3 but holding off two newcomers at the box office is "Central Intelligence," bringing in more than $18 million.

As for next week, "Purge 3," featuring some not-so-subtle Donald Trump references.