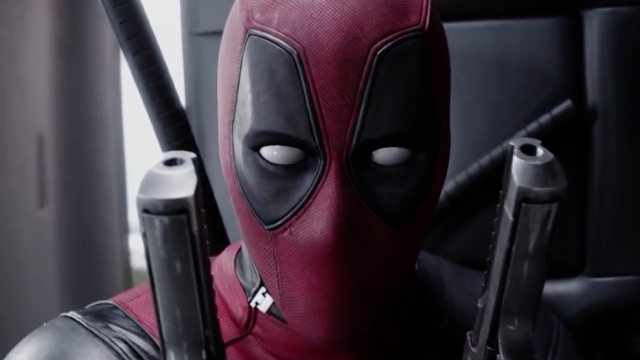 SMS
Box Office Top 3: 'Deadpool' Slices The Competiton On Crowded Weekend
By Jamal Andress
By Jamal Andress
February 21, 2016
After just 10 days, "Deadpool" has grossed more money domestically than any of the other X-Men films did during their entire box office runs.
SHOW TRANSCRIPT

Deadpool had the best opening for an R-rated flick ever, but he's still upset. There's just no pleasing that guy.

Holding on to the No. 1 spot for the second week in a row is "Deadpool," bringing in an estimated $55 million and pushing its domestic total past $235 million.

To give you an idea of just how well the R-rated superhero is doing, after just 10 days, "Deadpool" has grossed more money domestically than any of the seven other X-Men films did during their entire box office runs.

Maybe Fox should have done this earlier instead of greenlighting two terrible movies about Wolverine.

For the fourth week in a row, "Kung Fu Panda 3" stayed in the top three, bringing in an estimated $12.5 million. This is also the second week in a row that Fox has taken the top two spots at the box office.

Taking the No. 3 spot this week is "Risen." The faith-based film brought in an estimated $11.8 million in its debut — a solid opening for a film that cost just $20 million to produce.

While we all knew Deadpool was going to take the No. 1 spot, this was still a fairly crowded weekend at the box office with three new wide releases. "Risen" beat out the critically acclaimed horror flick "The Witch" as well as the Jesse Owens biopic "Race."

Faith-based films tend to have ... well, a faithful audience — despite rotten reviews. That being said, "Risen" isn't catching the same flak that many faith-based films get.

One critic from Vulture writes, "For a film that could have easily become bogged down in Sunday school reverence, or culture-war opportunism, 'Risen' presents an intriguing, oblique approach to a Bible movie."

As for next week, a lot of CGI and a lot of Egyptians played by white guys.