Historic Boeing-Iran Deal May Get Trumped 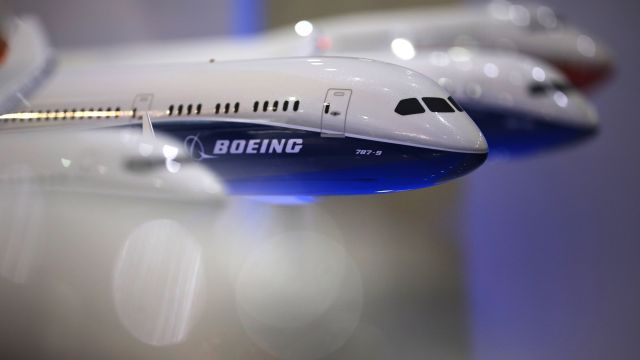 SMS
Historic Boeing-Iran Deal May Get Trumped
By Jake Jones
By Jake Jones
December 11, 2016
The historic deal to sell planes to Iran will depend on the Trump administration's stance on the Iran nuclear deal.
SHOW TRANSCRIPT

Iran is going to spend $16 billion on new planes from Boeing, as long as everything goes according to plan.

The deal to buy 80 new aircraft was made possible by the Iran nuclear deal, which decreased sanctions on the Islamic Republic in exchange for a downgrade to its nuclear programs.

The Boeing-Iran Air agreement would be the largest deal with a U.S. company since the 1979 Iranian revolution.

Boeing has touted it as a way to bring revenue and support nearly 100,000 jobs in the U.S.

Here's the catch: President-elect Donald Trump hammered the nuclear deal on the campaign trail, and since his election House Republicans have passed a bill to stop any sale of aircraft to Iran.

Several U.S. officials, including outgoing Secretary of State John Kerry and outgoing CIA Chief John Brennan, have voiced support for the nuclear agreement and caution any effort to undo it.

And if Boeing does get shut out of the deal, experts say it will only hurt the company, not Iran.

European-based AirBus also got the green light to sell planes to Iran, and there's little chance Congress could stop Boeing's main competitor from stepping in to fill the order.