Black Republican Senator Speaks About His Own Interactions With Police 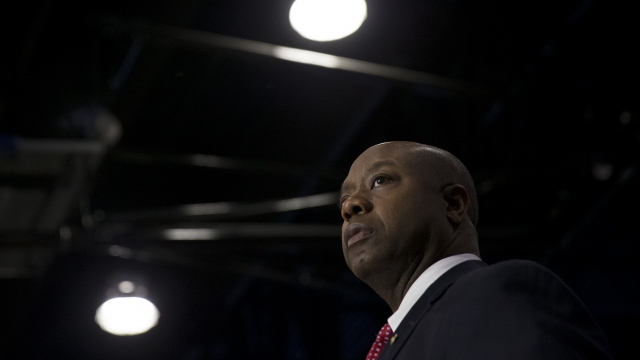 "In the course of one year, I've been stopped seven times by law enforcement officers. Not four, not five, not six, but seven times in one year as an elected official," Sen. Tim Scott said.

Scott, a Republican, addressed racial tensions in light of the officer-involved shooting deaths of Philando Castile and Alton Sterling.

"Recognize that just because you do not feel the pain, the anguish of another does not mean it does not exist. To ignore their struggles, our struggles, does not make them disappear. It simply leave you blind and the American family very vulnerable," Scott said.

He's the first African-American senator since Reconstruction to represent a Southern state in the Senate and the only black Republican in the U.S. Senate — which is part of why his comments have struck a chord.

MSNBC pointed out the South Carolina representative's party affiliation could make his call for improved policing even more resonant.

"Some search so hard to explain away injustice that they are slowly wiping away who we are as a nation. ... But we must come together to fulfill what we all know is possible here in America: peace, love and understanding, fairness," Scott said.