Between Clinton And Trump, Some Choose To Swap Their Vote Instead 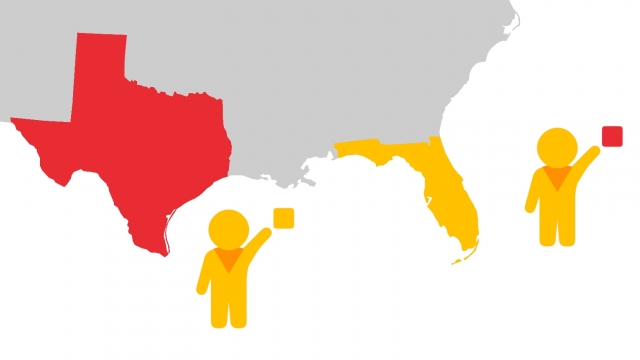 SMS
Between Clinton And Trump, Some Choose To Swap Their Vote Instead
By Eugene Daniels
By Eugene Daniels
October 17, 2016
Want to vote third party, but don't want to give the candidate you hate a boost? This system might be for you.
SHOW TRANSCRIPT

You've probably heard the one about how voting for a third party in a swing state will make you a spoiler and ruin the election, right? Well, if you believe that and you're still voting third party, you might be interested in something called "vote swapping."

Here's how it works. Let's say you live in the swing state of Florida. You're not really a fan of either major party candidate, and you want to pull the lever for a third-party candidate instead, but you're worried that might help the candidate you really don't like win.

With vote swapping, you team up with someone in a reliable blue or red state, like New York or Texas, and trade votes. They vote for your third-party candidate, and you vote for the "lesser of two evils" candidate.

Believe it or not, vote swapping isn't all that new. You can thank (or blame) this guy — Ralph Nader. In 2000, there was the failed Nader Trader movement. They couldn't get the word out fast enough to make a difference because the internet was still a chubby little baby. But now, there are websites and apps that help coordinate the connection for swapping.

To be clear, there's no way to make sure your vote swapping partner is actually playing along. It's all on the honor system. But with the choices this year, there probably isn't a shortage of people in a similar predicament looking for a way out.

It's a way for people to vote strategically. But one of the critiques against vote swapping is that it's too strategic and doesn't actually bolster third parties; it won't help change the system we have.