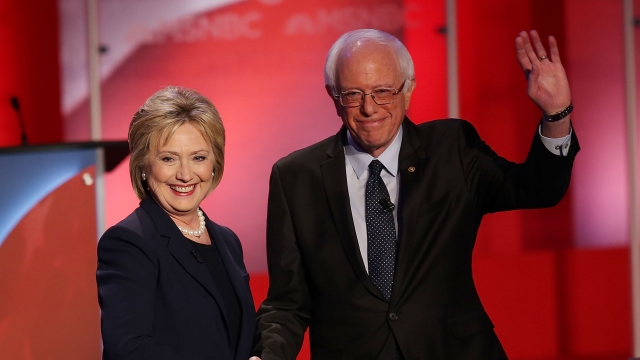 After a long and sometimes contentious campaign, Sen. Bernie Sanders appears ready to side with Hillary Clinton.

CNN reports Sanders will officially endorse his Democratic rival Tuesday in New Hampshire, a state the Vermont senator won by more than 20 percentage points in February. And this endorsement has been a long time coming.

Sanders has drawn criticism from the Democratic Party for withholding his endorsement for so long. Although he did say he wanted to help defeat Donald Trump, he has yet to throw his weight behind Clinton.

The Democratic primaries season ended in June, but Sanders hasn't stopped pushing his principals, and it seems to be working. Clinton has adopted some of Sanders' more progressive stances — with a few tweaks.

And it's safe to assume Clinton agrees with Sanders' stance on her emails.

"The American people are sick and tired of hearing about your damn emails," Sanders said during a debate with Clinton.

Now it seems like the entire party is getting onboard with Sanders' ideas. Democrats also included a push for a $15-an-hour minimum wage when they announced their official party platform Saturday.

But that doesn't mean they agree on everything. Clinton and Sanders backers weren't able to come to a consensus on international trade, specifically the Trans-Pacific Partnership, while hammering out the Democratic platform for 2016.

But Sanders' camp seems optimistic about how things played out, with one top adviser saying, "We got 80 percent of what we wanted in this platform."

This video includes images from Getty Images and clips from MSNBC, CNN, Bernie 2016 and Hillary for America. Music provided courtesy of APM Music.