Bernie Sanders Bought A New Home; Naturally, People Had A Lot To Say 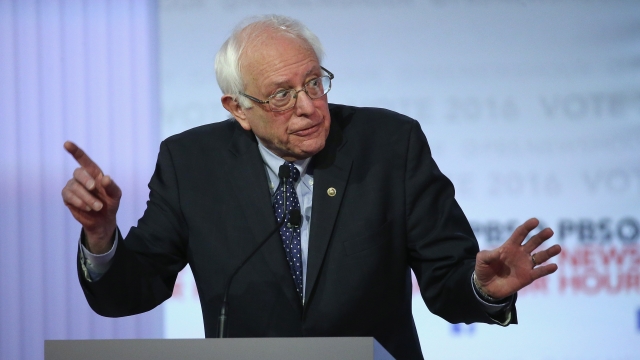 SMS
Bernie Sanders Bought A New Home; Naturally, People Had A Lot To Say
By Melissa Prax
By Melissa Prax
August 11, 2016
Sanders paid $575,000 for a vacation home near a Vermont lake, and the internet doesn't like it.
SHOW TRANSCRIPT

We're not sure who was more enraged with Bernie Sanders' latest purchase — social media users or the media.

Earlier this week, Vermont newspapers reported the senator had dropped just under $600,000 for a third home.

His other homes are in Burlington, Vermont, and Washington, D.C.

Some Twitter users said based on his campaign platform and political values of democratic socialism, it was a hypocritical move.

Then the headlines started rolling in.

And no, Sanders didn't use donations to fund his purchase. His wife told a local outlet they sold another property to get the money for the new house.

This video includes clips from CNN, Office of Sen. Bernie Sanders, InfoWars and Democratic National Convention and an image from Chris Gosselin / CC BY 2.0. Music provided by APM music.