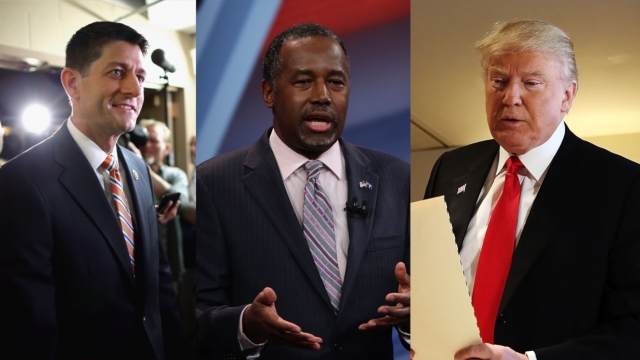 After working on Trump's vice-presidential vetting team, probably one of the most important jobs of a campaign, Carson is exiting stage left to concentrate on something else.

Carson's business manager, Armstrong Williams, told The Daily Beast: "What Trump wanted from Carson were names of who he would recommend for a potential candidate. He was among several other people making recommendations."

Instead, The Donald's campaign manager Corey Lewandowski, most infamous at this point for being accused of manhandling a reporter, will take over the vetting process.

Carson will instead be handling something arguably harder: playing ambassador between Trump and House Speaker Paul Ryan.

It's definitely unusual for the highest-ranking member of a party and the party's likely nominee to be so publicly at odds. And Carson could be a good envoy, considering he's reportedly close to both men.

Getting the two to see eye-to-eye, or at least compromise, is going to be a huge step in getting other establishment figures behind Trump's candidacy.

Carson is reportedly set to meet with Ryan before the speaker meets with Trump on Thursday.