As Many As 500 Migrants Feared Dead In Mediterranean Shipwreck 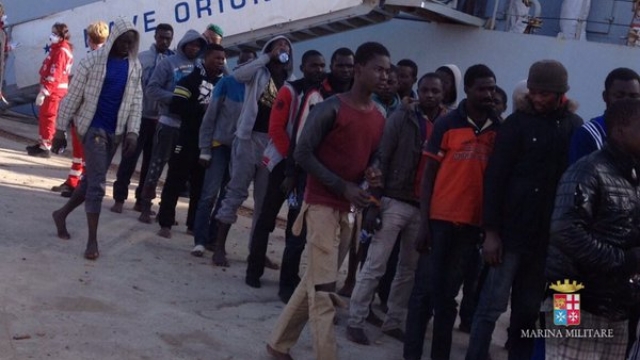 As many as 500 migrants may have died trying to get to Europe across the Mediterranean Sea.

The United Nations Refugee Agency said Wednesday that 41 people survived the shipwreck in mid-April. Survivors said smugglers were attempting to transfer people from a smaller ship to a larger one that was already overcrowded.

That's when the bigger boat overturned and sank. The survivors were either still on the smaller ship or managed to swim from the larger vessel to the smaller one.

The survivors were from Somalia, Ethiopia, Egypt and Sudan. The U.N. said the shipwreck was "one of the worst tragedies" involving migrants in the past year.

This video includes clips from SOS Mediterranee and images from Twitter / @ItalianNavy.