Are The Rubios' Tickets A Big Deal? Depends Whom You Ask 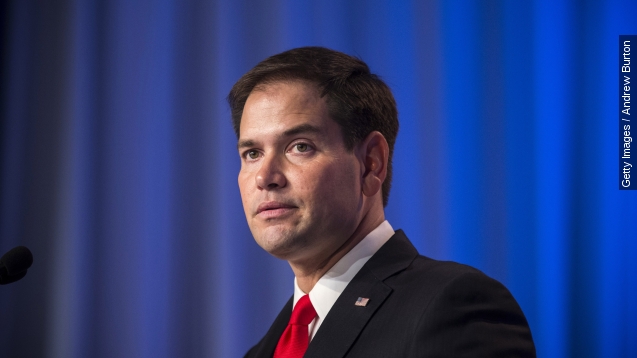 SMS
Are The Rubios' Tickets A Big Deal? Depends Whom You Ask
By Kate Grumke
By Kate Grumke
June 5, 2015
A story about Marco Rubio's traffic violations in The New York Times quickly led to accusations of bias.
SHOW TRANSCRIPT

Senator and presidential candidate Marco Rubio and his wife have been cited 17 times for traffic violations, according to a report from The New York Times Friday.

The Times cites a search of Miami-Dade and Duval County court records dating back to 1997.

But accusations of a political motivation behind the story were quick to follow.

The Washington Free Beacon reported all of the information had been pulled by liberal research firm American Bridge, according to court documents, and reports none of the Times reporters appear in the documents.

But The New York Times told Politico's On Media blog the outlet did its own reporting. And the blog points out, "The use of opposition research would not be a departure from the norm."

Case in point: Multiple mainstream news outlets made a deal with the author of "Clinton Cash" to independently look into and report on some of the accusations in the book.

The New York Times was one of those outlets that is reporting on information from "Clinton Cash," which On Media calls, "a fact that complicates accusations of liberal bias against the paper."

Fox News brought up a question a lot of us were probably wondering — why do the Rubios' tickets even matter?

As The New York Times points out, if Rubio does make it to the White House, he'll have a private driver, so he won't have to worry about traffic rules anymore.