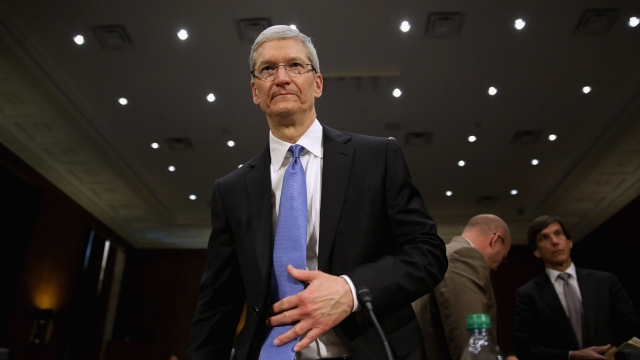 Apple says it plans to fight back against a court order forcing the company to help law enforcement gain access to the iPhone used by one of the San Bernardino shooters.

Apple was essentially ordered to develop methods to bypass its own security measures so the FBI could gain access to a device used by Syed Farook, a gunman in the December attack that left 14 people dead.

In an open letter, Apple CEO Tim Cook said complying with the order would threaten customer security since the methods used to hack into Farook's device could be used on any iPhone.

He wrote, "In the physical world, it would be the equivalent of a master key, capable of opening hundreds of millions of locks — from restaurants and banks to stores and homes. No reasonable person would find that acceptable."

Investigators believe Farook used the phone to communicate with some of the victims before the attack. They also believe information on the phone could help account for some of the movements of Farook and his wife, Tashfeen Malik, between the attack and their encounter with law enforcement.

Cook said while he believes the FBI has good intentions, he isn't convinced the "master key" won't be used by the government or even criminal hackers in the future.

This video includes a clip from Apple and images from Getty Images.