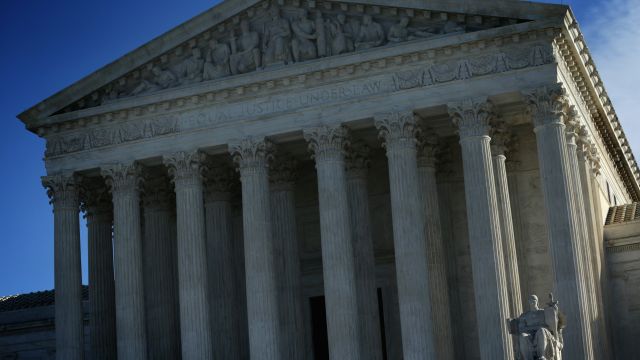 SMS
Apple And Samsung Will Finally Duke It Out In Front Of SCOTUS
By Lindsay Gloor
By Lindsay Gloor
October 11, 2016
The Apple vs. Samsung case will finally be heard by the Supreme Court. It's the first design patent case in more than 100 years.
SHOW TRANSCRIPT

Apple and Samsung will begin their design patent arguments in front of the Supreme Court on Tuesday.

The smartphone giants have dragged each other through the courts for the last five years.  Now, the argument moves to the country's highest court. It's the first design patent case to be reviewed by SCOTUS in more than a century.

Filed in 2011, the first of two patent battles involves older Samsung phones, including the Galaxy S II. The issue isn't the actual patent infringement; rather, it's how much money should be awarded to Apple.

But, there's a chance that after all this time, the case could end with a split decision.

The shorthanded court is unable to issue nationwide rulings when the justices split 4-4. Once the court is back to nine justices, it can order new arguments for decisions that were previously split.

Both Apple and Samsung have lined up high-profile allies to help plead their cases. A written decision from the court could take months.