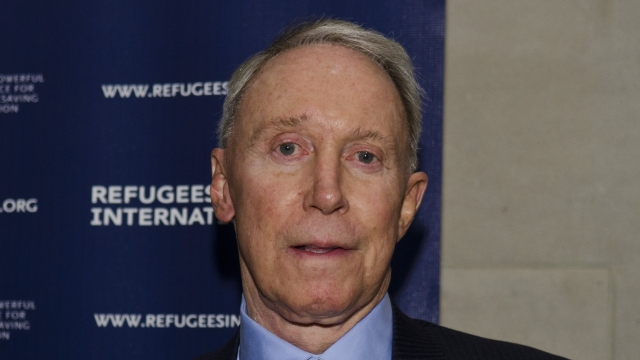 SMS
AOL Co-Founder Jim Kimsey Dies At 76
By Katie Link
By Katie Link
March 1, 2016
Jim Kimsey, co-founder of AOL, lost his battle with cancer at the age of 76.
SHOW TRANSCRIPT

James V. Kimsey, the co-founder of AOL, died of cancer Tuesday at the age of 76.

The multimillionaire graduated from the U.S. Military Academy at West Point and served in the Vietnam War.

His former business partner posted a tribute to Kimsey on Facebook. He wrote in part, "I will forever be grateful to Jim for his leadership, his belief in me, and for his many valuable contributions to his community and his country."

Kimsey was involved in several philanthropic efforts and created the Kimsey Foundation to help the Washington, D.C., community.

According to The Georgetowner, his three sons released a statement that reads in part: "In addition to having a loving family, Dad led a vibrant, adventurous life in the military, in business, and in philanthropy. He made a great difference in the lives of so many."

This video includes clips from The Horatio Alger Association of Distinguished Americans, Inc. and TechCrunch and images from Getty Images.