Anti-Trump Protests Are Ramping Up In Cleveland 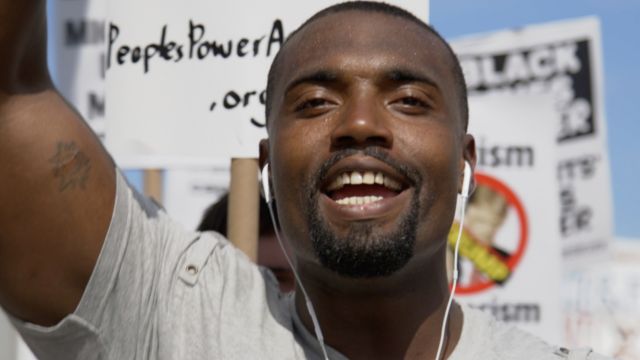 SMS
Anti-Trump Protests Are Ramping Up In Cleveland
By Zach Toombs
By Zach Toombs
July 17, 2016
There were probably more press members than protesters at one of the RNC's early marches, but it's a sign of bigger things to come.
SHOW TRANSCRIPT

An anti-Donald Trump, pro-Black Lives Matter protest moved into downtown Cleveland a day before the Republican National Convention. There were only a couple hundred people, and there were more press members than protesters. But it was a sign of things to come at the convention.

"I don't know what his plans are," Tijauna Morris said. "I don't know where he's going. He might be against me today and against you tomorrow. We need stability, accountability. We don't need Donald Trump."