Pepe The Frog Is Trying To Return To Its Positive, Non-Racist Roots 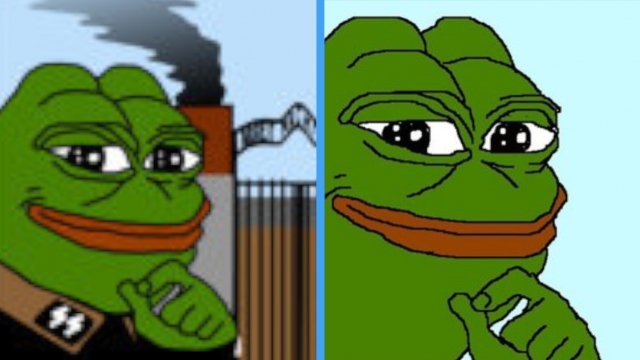 SMS
Pepe The Frog Is Trying To Return To Its Positive, Non-Racist Roots
By Ryan Biek
By Ryan Biek
October 17, 2016
The Anti-Defamation League and the cartoon's creator are teaming up in a campaign to change back Pepe's image.
SHOW TRANSCRIPT

The creator of Pepe the Frog is trying to bring the cartoon back to its positive roots –– when it wasn't being misappropriated by bigots.

The sad frog (that was just meant to be a sad frog) has been taken over by alt-right groups in memes promoting anti-Semitism and racism.

The Anti-Defamation League has included Pepe in its online hate symbols database, with company like the swastika and "14 Words."

Now the Anti-Defamation League is working with Pepe's original artist, Matt Furie, to create positive memes of the frog that will be promoted using the hashtag #SavePepe.

Furie is also slated to speak at an ADL summit on anti-Semitism in November, with his talk focusing on the causes and consequences of online hate.