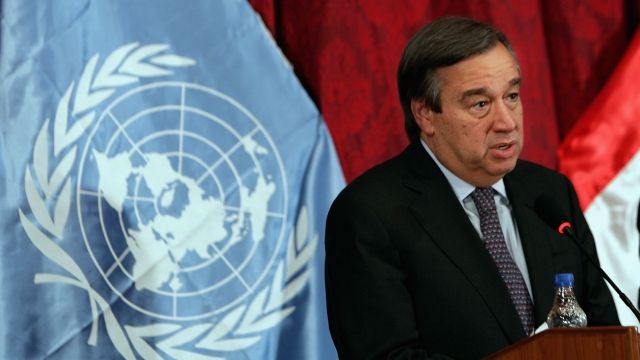 António Guterres — the former prime minister of Portugal — looks like a shoo-in to become the next secretary-general of the United Nations.

On Wednesday, the 15 members of the Security Council unanimously picked Guterres as Ban Ki-moon's successor.

SEE MORE: Even The US Is Expected To Miss The UN's Education Goals

Guterres was prime minster of Portugal from 1995 to 2002 and was the head of the socialist party there.

He moved on to the U.N. in 2005, where he was head of the U.N. refugee agency until 2015. He's credited with helping improve that agency's ability to respond to crises.

And Guterres helped guide the refugee agency through some of the worst refugee crises ever in Iraq, Afghanistan and Syria.

Guterres still has to face a formal vote by the Security Council on Thursday. After that, his name will have to be approved by the General Assembly.