Another Syrian Hospital Has Been Hit With An Airstrike 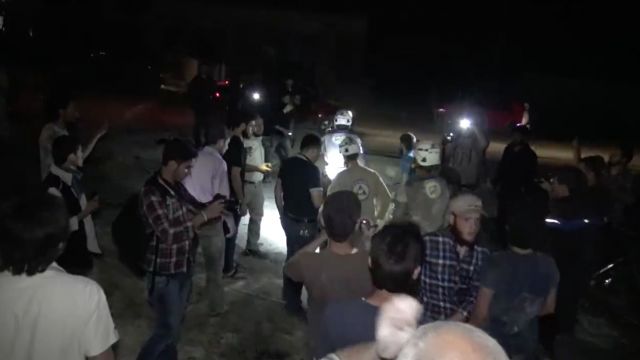 SMS
Another Syrian Hospital Has Been Hit With An Airstrike
By Jake Godin
By Jake Godin
April 28, 2016
The Al-Quds hospital in Syria's Aleppo was hit by overnight airstrikes. It was a Doctors Without Borders-supported medical facility.
SHOW TRANSCRIPT

Another Syrian hospital has been bombed. Overnight airstrikes hit the Al-Quds Hospital in Aleppo. It was a Doctors Without Borders-supported facility.

According to Doctors Without Borders, at least 14 people were killed in the strike. Two of them were doctors.

Seven other hospitals supported by Doctors Without Borders have been bombed in Syria. That's just in 2016.

Despite a cease-fire, fighting has continued throughout Syria. It's been particularly intense in Aleppo, though.

There, almost 200 civilians have reportedly been killed in the fighting in the past seven days alone.