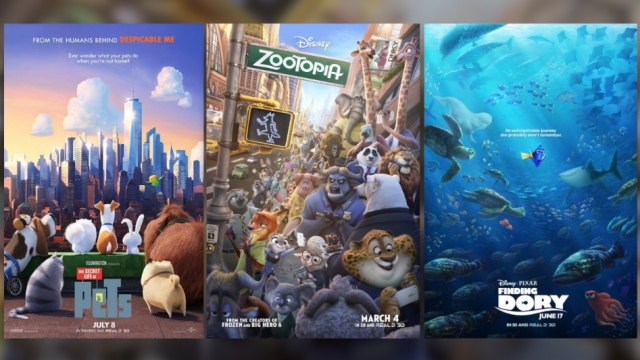 In a year of box office flops, animated tales have ruled 2016 both domestically and internationally.

Take "The Secret Life of Pets." Besides its record-breaking domestic opening back in July, the film could end up surpassing $700 million once it's finished being rolled out in all territories.

"Finding Dory" is currently the fourth highest-grossing movie globally of 2016 and sits solidly in first place for the year's North American grosses.

Now, we said a year of box office flops — so are these animated movies just taking advantage of weak competition?

Not really. "The Secret Life of Pets," "Zootopia" and "Finding Dory" all cracked the top 10 list for highest domestic grossing animated films of all time, which also includes 1994's "The Lion King."

Over the past five years, one or two animated flicks have usually cracked the top 10 for American box offices.

But having three in one year isn't an easy feat. The last time it happened was in 2013, thanks to "Frozen," "Despicable Me 2" and "Monsters University."

While superheroes may be taking over theaters for the next couple of years, so are animated tales about Smurfs, trolls and a Polynesian princess.

Oh, and Universal's animated animal version of reality singing shows? Yeah, we bet that one will do pretty well, too.