Angelina Jolie Is Adding Another Job To Her Resume: Visiting Professor 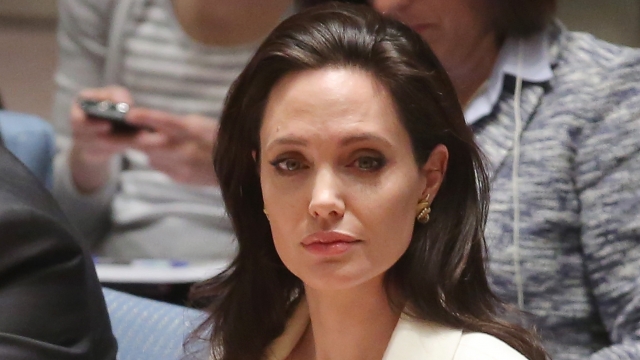 SMS
Angelina Jolie Is Adding Another Job To Her Resume: Visiting Professor
By Lauren Stephenson
By Lauren Stephenson
May 24, 2016
The Oscar-winning actress will join the Centre for Women, Peace and Security at the London School of Economics and Political Science.
SHOW TRANSCRIPT

As if she wasn't busy enough being an actress, director and mom of six, Angelina Jolie Pitt is adding another job to her resume: visiting professor.

The London School of Economics and Political Science announced Monday the actress will join its Centre for Women, Peace and Security.

The Centre, which strives to promote gender equality, will offer what it calls a "first of its kind," one-year master's program. Students can apply for the program in the fall.

The Oscar-winning actress will give guest lectures and do some of her own research.

Jolie Pitt said in a statement she looks forward to teaching and added, "It is vital that we broaden the discussion on how to advance women’s rights and end impunity for crimes that disproportionately affect women, such as sexual violence in conflict."

Jolie Pitts' appointment may not come as a surprise given her experience serving as special envoy for the U.N. High Commissioner of Refugees since 2012.

That same year, she and former U.K. Foreign Secretary William Hague founded the Preventing Sexual Violence in Conflict Initiative. It aims to raise awareness and international action to improve support for survivors and do more to punish their abusers, the Centre said in its release. Hague will also be a visiting professor at the Centre.

This video includes a clip from the United Nations and images from Getty Images.