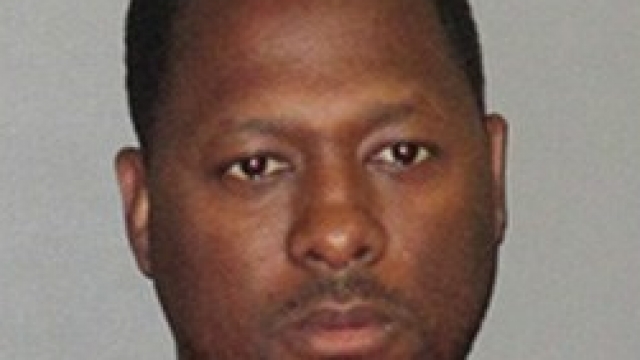 SMS
An Assistant Principal Was Charged In The Murder Of A Pregnant Teacher
By Samantha Crook
By Samantha Crook
June 17, 2016
Forty-year-old Lyntell Washington's body was found Tuesday after she was reported missing earlier this month.
SHOW TRANSCRIPT

An assistant principal was charged with murdering a pregnant teacher in Louisiana.

Forty-year-old Lyntell Washington's body was found Tuesday after she was reported missing earlier this month. WAFB reports Washington's 3-year-old child was found alone near the woman's bloodied vehicle. A coroner determined Washington died of a gunshot wound to the head.

The main suspect in the case is 39-year-old Robert Marks, the assistant principal at the middle school where Washington taught. The Advocate reported on a police statement that suggested the possibility of an affair between the co-workers, but Marks has reportedly been tight-lipped with police.

"He refused to talk, and he asked for his attorney. He has no emotion. We continue to press him for information, and still no answer and still no emotion," an officer told WAFB.

"We know that they were in some type of romantic relationship. ... We have received word that he didn't want his wife to find out that she was actually pregnant," he told WVLA.

The same officer remarked to KTBS: "The only two words that I did come up with is heinous and senseless because when you're faced with that type of situation, just deal with it. You don't have to go to that extreme."

He went on to say: "Anybody who can commit that type of crime to a female that's seven months pregnant with your child is something that I can't describe. It's something that you don't have words for. And we expect him to go to jail and stay in jail for this particular crime."

This video includes an image from East Baton Rouge Sheriff's Office, a clip from KTBS and music from Chris Zabriskie / CC BY 4.0.