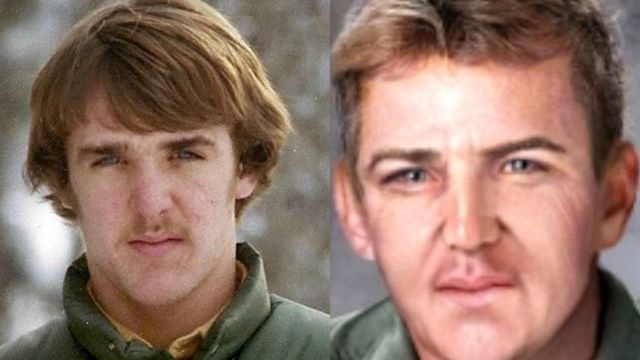 SMS
An Anonymous Letter Could Help Solve A Missing Person Case From 1977
By Matt Moreno
By Matt Moreno
May 23, 2016
Bernard "Bunny" Ross Jr. went missing in 1977. Now, an anonymous letter sent to his parents nearly 40 years later could finally be a lead.
SHOW TRANSCRIPT

But an anonymous letter sent to Ross' parents in Portland, Maine, claims to know where he is.

Maine State Police told the Portland Press Herald his parents received the letter "a few months ago" but didn't go into more detail. Police are asking whoever wrote the letter to come forward.

Maine State Police Lt. Troy Gardner said: "I've never had anything like this happen in my career. ... Of course, there's no way of knowing whether the letter's truthful or the information is accurate."

The letter, police said, mentioned a recent story about Ross in the nearby Kennebec Journal.

On Aug. 7, 2015, the Journal ran an article about Maine's missing children. The piece featured Ross' story.

Ross went missing May 12, 1977, at the age of 18. The family car he reportedly took to his aunt's house was found abandoned, and nobody has seen him since.

This video includes images from the Maine State Police.