'American Idol': The Finest (And Most Frightening) Over 15 Seasons 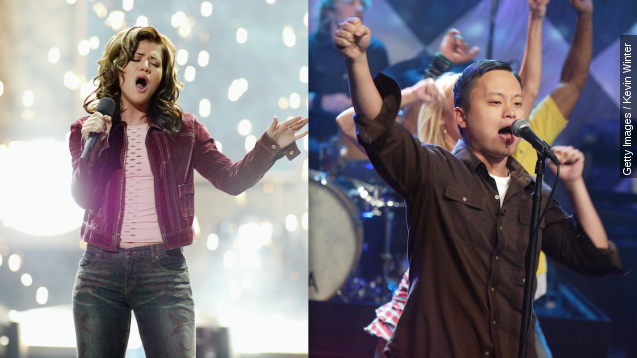 SMS
'American Idol': The Finest (And Most Frightening) Over 15 Seasons
By Cody LaGrow
By Cody LaGrow
January 6, 2016
A look back at the best moments and contestants from the singing show that launched all singing shows.
SHOW TRANSCRIPT

'Tis the season for 15 minutes of fame acquired by an astounding or awful audition.

"American Idol" is back for its 15th and final season, and we're taking a look at some of the most banging auditions ever.

William Hung launched his three-album music career on "American Idol" but later found his talents were better suited as a statistical analyst for the Los Angeles County Sheriff's Department.

We laughed. We cried. We witnessed the ever-evolving judge's table.

It's a show that has influenced a nation, like when this man, who called himself General Larry Platt, built a meme from the ground up.

"Pants on the Ground" even spurred this reaction from the Minnesota Vikings.

Perhaps the show keeps our reality-TV-loving hearts beating because it pairs the tone-deaf with the transcendent — introducing us to superstars like Kelly Clarkson, Carrie Underwood and Jennifer Hudson.

You can watch more stars being born on the first-half of the two-part premiere of "American Idol" on Fox, though it's fair to say some of the stars will be born again.