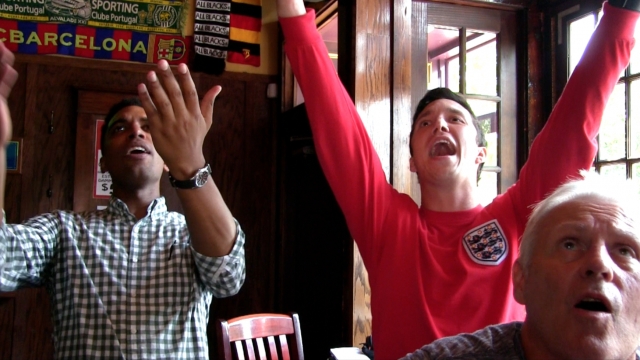 SMS
America, Declare Independence From Your Football (Soccer) Stupidity
By Ben Schamisso
By Ben Schamisso
June 21, 2016
Soccer's popularity is rising in the U.S., so a few British fans showed us how Americans can join the rest of the "football" world.
SHOW TRANSCRIPT

It's no secret that soccer is getting more popular in the U.S., and it's easy to see why.

In 1990, the U.S. men's national team qualified for the World Cup for the first time in 40 years, and the team had a good run at the 1994 World Cup. The growing number of American broadcasters are carrying European league games, and players from other leagues are moving to the U.S. The sport also seems to be really popular with the younger crowd. And to top it all off, the U.S. women's national team won the 2015 World Cup.

But in matching the rest of the world's love for the game, Americans have a few things to learn.

We met some British soccer fans at a Chicago pub while they watched their national teams spar in the 2016 UEFA European Championship, or Euros. They told us how to take U.S. soccer fandom to the next level.

For starters, it's called "football."

Special thanks to The Globe Pub in Chicago.