Al Gore's Concession Drama Is Nothing Like Donald Trump's 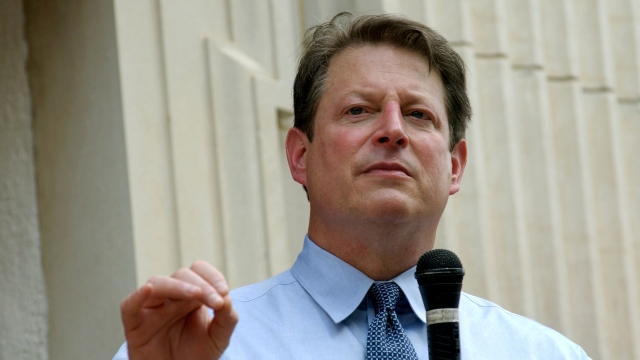 SMS
Al Gore's Concession Drama Is Nothing Like Donald Trump's
By Eugene Daniels
By Eugene Daniels
October 21, 2016
The argument was about how to count votes — not some conspiracy to keep someone from the White House.
SHOW TRANSCRIPT

To protect Donald Trump's claim that he (maybe, probably, you'll have to wait and see) won't accept the results of the election if he doesn't win, his surrogates keep bringing up Al Gore.

Except that's not actually a good comparison. It's like comparing apples to something that is not at all like an apple. Time for an abridged history lesson.

On election night in 2000, major networks called Florida for then-Vice President Al Gore, but that ended up being a little premature.

"CNN right now is moving our earlier declaration of Florida back to the too-close-to-call column," an anchor said back in 2000.

Fast forward to 2 a.m.: George Bush is declared the winner of Florida and the presidency. So Gore calls to concede and is just about to talk to supporters but  — plot twist — the vote count gets too close to call again, and he pulls his concession and cancels the speech.

State law required a full electronic recount in Florida, which found Bush still won by a few hundred votes. Gore then requested a manual recount, which finally took place statewide in December. Eventually, the Bush camp took it to the Supreme Court, which shut down the manual recounts on December 12.

So yes, there was a question of the legitimacy of both the winner and the system. But the argument was about how to count votes, not some nationwide voter fraud and media conspiracy to keep someone from the White House.

And Gore never claimed anything was rigged against him — not after and most definitely not before election night. Trump is. And when the Supreme Court stepped in, Gore stepped up to a lectern and just moved on.

"I know that many of my supporters are disappointed. I am too. But our disappointment must be overcome by our love of country," Gore told the country in his concession speech.