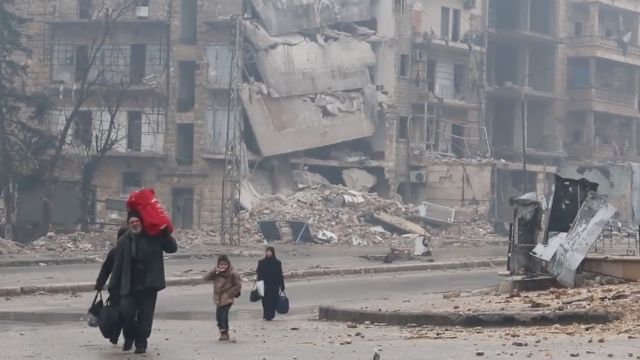 SMS
2016 In East Aleppo: Airstrikes, Chemical Weapons And Lost Homes
By Melissa Prax
By Melissa Prax
December 15, 2016
This was the fifth year of the Syrian conflict.
SHOW TRANSCRIPT

For east Aleppo, Syria, 2016 was the hardest year yet.

"We are here exposed to a genocide in the besieged city of Aleppo," Syrian resident Lina Shamy tweeted.

All of Aleppo's hospitals were destroyed.

In October, the United Nations said eastern Aleppo could be "totally destroyed" in months.

"I hate war. And the world has forgotten us," said Bana Alabed, a Syrian girl.