Airbus A320 Plane Crashes In France With 150 On Board 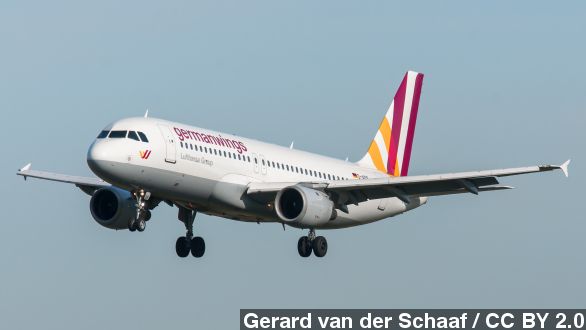 A European passenger plane flying from Barcelona, Spain, to Dusseldorf, Germany, has crashed in southern France.

The plane was an Airbus A320 operated by Germanwings. According to the airline, it lost contact in the French Alps around noon local time with 144 passengers aboard and six crew members. (Video via BBC)

In a press conference, a Germanwings spokesperson announced the plane began an unexpected descent shortly after reaching cruising altitude 40 minutes into the flight, and a team of investigators is on the way to the crash site. (Video via CNN)

The spokesperson said the airline believes there were 67 German nationals on board but couldn't confirm the nationalities of all passengers, despite reports of Spanish and Turkish nationals.

"The plane, we understand, has crashed in the high Alps, the French Alps. … We're talking about a mountainous region which clearly would make any rescue operation more complicated," Al Jazeera's Jacky Roland reported.

French President François Hollande said during a speech all on board 4U 9525 flight are feared dead. Spanish Prime Minister Mariano Rajoy made his own speech saying he's suspended his schedule and is working with French and German authorities in the investigation.

Lufthansa's CEO, which owns Germanwings, released a statement on Twitter saying: "My deepest sympathy goes to the families and friends of our passengers and crew on 4U 9525. If our fears are confirmed, this is a dark day for Lufthansa. We hope to find survivors."

This video includes an image from Gerard van der Schaaf / CC BY 2.0.