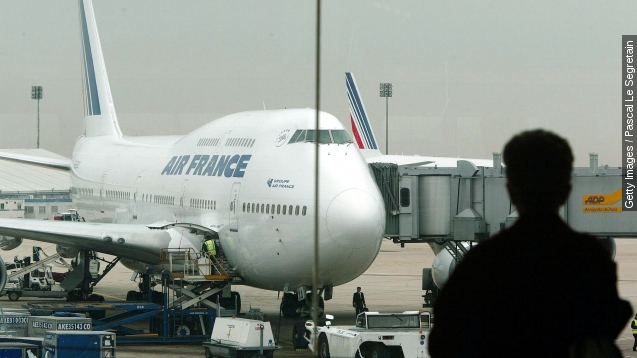 France's leading airline has been hit hard by the Paris terrorist attacks that killed 130 people.

Air France estimates it will lose $55 million in revenue for November compared to the same time last year. (Video via Air France)

Based on the airline's numbers, flight bookings were up before the attacks, but immediately after, the company noticed a decline in flight reservations and more cancellations. (Video via Air France)

Increased security measures at the Charles de Gaulle airport have also slowed down cargo traffic by over 11 percent, according to the company. (Video via Air France)

The chief financial officer for Air France told reporters in a phone conference that while traffic was "noticeably affected," bookings were back to normal for the new year.

While the immediate aftermath of the attacks hit Paris' robust tourism industry, a study done by World Travel and Tourism Council projects the dip in tourism won't last long.

The study found it takes about 13 months on average for tourism to recover, which is good news for France. The country welcomed over 83 million tourists last year.