Adnan Syed Of 'Serial' Will Get Another Chance At Freedom 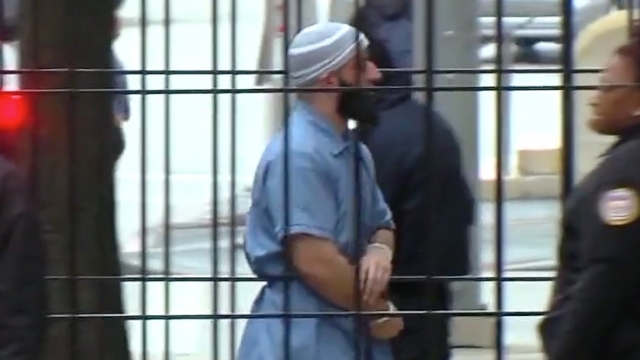 SMS
Adnan Syed Of 'Serial' Will Get Another Chance At Freedom
By Eugene Daniels
By Eugene Daniels
June 30, 2016
Syed's post-conviction hearing was essentially his last chance to get out of prison.
SHOW TRANSCRIPT

Adnan Syed — the focus of the breakthrough podcast hit "Serial" — is getting a retrial for his murder conviction. In 2000, Syed was found guilty of killing his girlfriend Hae Min Lee and sentenced to life in prison.

Syed's attorneys argued for a retrial for a few different reasons. First, they argued his original lawyer was ineffective for not calling Asia McClain Chapman to the witness stand. McClain Chapman is the only person who says she saw Syed during the window of Lee's murder.

SEE MORE: "'Serial' Returns With An Investigation Into The Bowe Bergdahl Case"

The decision comes after a post-conviction hearing in February, which was essentially Syed's last chance to get out of prison. Syed has always maintained his innocence and to this point had exhausted the appeals process.

It's probably fair to say not many people knew or cared about the case until "Serial" debuted in 2014. The podcast has been downloaded more than 100 million times and even won a Peabody Award.

This video includes clips from WMAR and ABC.