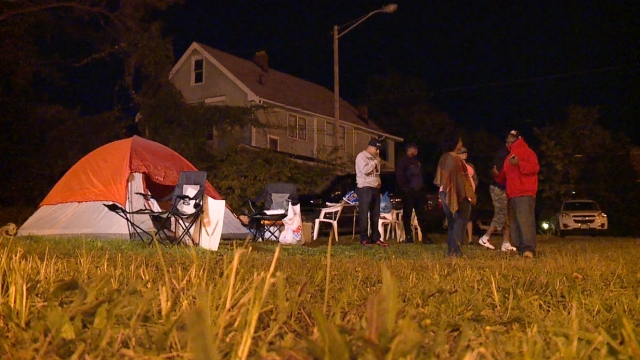 SMS
Why Activists Camped Out In One Of Their City's Most Dangerous Areas
By Melissa Prax
By Melissa Prax
October 12, 2016
Homicides spiked in Cleveland, but the violence is especially concentrated in the city's eastern neighborhoods.
SHOW TRANSCRIPT

These activists camped in one of their city's most dangerous areas for 72 hours to take a stand against violence.

Last year, Cleveland had more homicides than it had in nearly the past decade.

Most of the violence happens in Cleveland's eastern neighborhoods, which is where the activists camped out.

"Everyone deserves a right to walk peacefully through their neighborhoods," Jones said.

SEE MORE: Can Merging With Cleveland Save This Forgotten City?