This Common Pain Reliever Could Cause Behavioral Issues In Children 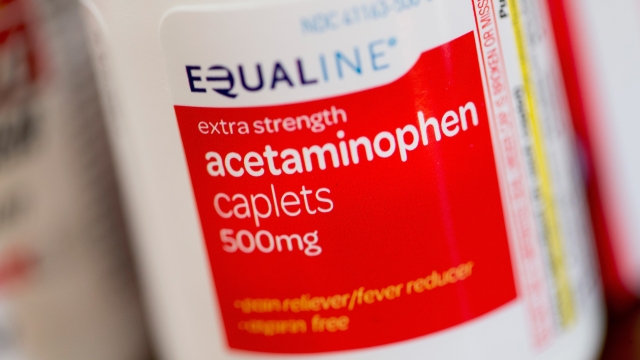 SMS
This Common Pain Reliever Could Cause Behavioral Issues In Children
By Briana Koeneman
By Briana Koeneman
August 16, 2016
Children whose mothers took acetaminophen during pregnancy could be at a greater risk of developing hyperactivity and other behavioral issues.
SHOW TRANSCRIPT

Could taking a common painkiller during pregnancy increase the baby's risk of developing behavioral problems later on?

According to researchers in the U.K., children were more likely to show symptoms of hyperactivity and other behavioral issues if their mothers took acetaminophen when they were pregnant.

Acetaminophen, also known as paracetamol, is a pain and fever reducer found in hundreds of over-the-counter and prescription medicines, including Tylenol.

Acetaminophen use is generally considered safe during pregnancy.

So safe, in fact, more than half of pregnant women in the U.S. use acetaminophen to relieve symptoms from issues like allergies, colds and sleeplessness.

But this newest study found that when women in the U.K. took the pain reliever between 18 and 32 weeks into their pregnancy, the risk of their child developing hyperactivity, behavioral problems and emotional symptoms increased.

Researchers used data from an ongoing study from the University of Bristol, which is analyzing the health of more than 14,000 families. Still, it's important to note only 5 percent of children showed behavioral problems by age 7.

And neither this study nor any previous research on the subject has proven a causal link between acetaminophen use and negative effects on child development.

Researchers say expectant mothers should remember the overwhelming majority of children exposed to acetaminophen in the womb don't end up having behavioral problems and that pregnant women who need to take it shouldn't be criticized.