Why You Should Appreciate Your Right To Vote 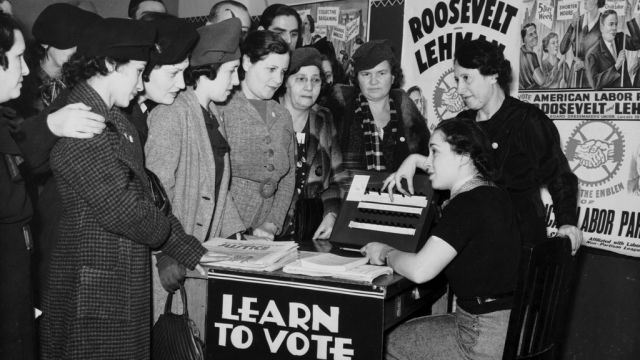 SMS
Why You Should Appreciate Your Right To Vote
By Melissa Prax
By Melissa Prax
October 31, 2016
In the not-too-distant past, minorities were excluded from casting their ballots.
SHOW TRANSCRIPT

The right to vote in America — regardless of race or gender — is still relatively new.

Three years after the Civil Rights Act, the 15th Amendment passed. That meant for the first time, African-American men could vote.

But the fight was far from over. Some states made it really difficult for African-American men to get to proper paperwork, which meant they were often not qualified to vote.

The fight for women's voting rights started almost a century before the 19th Amendment was ratified in 1920.

But voting was still more like a luxury than a right, and poll taxes confirmed that. Paying at the polls before casting a vote was finally done away with in 1964.

In 1965, President Lyndon B. Johnson signed the Voting Rights Act into law. That got rid of loopholes states could use to discriminate.