A Tank Graveyard Is The Perfect Example Of Pork-Barrel Spending 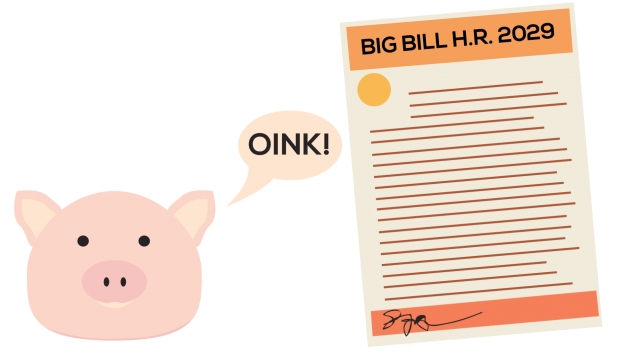 By Kate Grumke
April 19, 2016
A tank program the military said it doesn't need is a result of pork-barrel spending meant to bring money to a lawmaker's home district.
SHOW TRANSCRIPT

Ever heard of pork-barrel spending? It's not about pigs. It's a term used to describe funds from Congress that are pumped into local projects, mainly to bring money back to a lawmaker's home district.

In fiscal year 2016, 123 earmarks — that's another word for pork spending — cost taxpayers $5.1 billion. That's especially high when you look at the past few years. The figure has about doubled just since 2014. And all of this year's pork spending was in one big bill — HR 2029, according to the Pig Book, an annual report from Citizens Against Government Waste.

One of fiscal year 2016's earmarks is a classic example of pork-barrel spending. It's $40 million to continue upgrading the M1 Abrams tank, and this has been an earmark for years. But the thing is, the Department of Defense doesn't want it.

"It would cost us $2.8 billion just to keep that open, and our tank fleet is in good shape," said former Army Chief of Staff Gen. Raymond T. Odierno.

The Army has told Congress it's good on these tanks. It's so good, it has 2,000 of them parked in the desert in California.

Since fiscal year 1994, there have been 39 earmarks just for this tank program, which together has cost $948.6 million, according to Citizens Against Government Waste.

So why spend millions on military equipment the military doesn't need? To keep money coming into lawmakers' home districts where parts for those tanks are built, which means jobs and economic stimulation in their districts — even if it doesn't make economic sense nationwide.

Which is pretty much a perfect, textbook example of pork-barrel spending.

This video includes clips from C-SPAN, CNN and the Department of Defense.