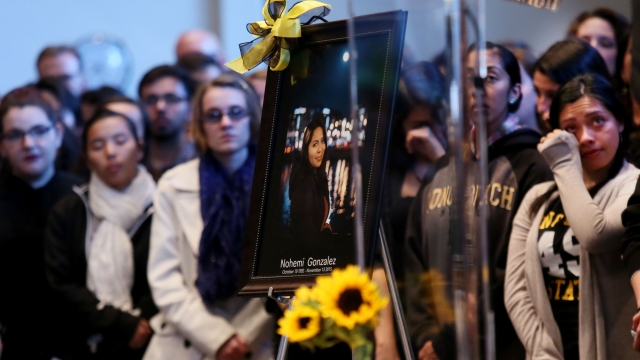 The father of one of the victims in last year's terrorist attacks in Paris is suing Google, Facebook and Twitter saying the companies provided "material support" to ISIS.

"When I hear about this, I was feeling my heart in pieces like it was a bad dream," Reynaldo Gonzalez said.

Reynaldo Gonzalez's daughter, Nohemi, was one of the 130 people killed in the attacks members of ISIS carried out in Paris in November 2015.

Gonzalez's lawsuit claims, "Without Defendants Twitter, Facebook, and Google (YouTube), the explosive growth of ISIS over the last few years into the most-feared terrorist group in the world would not have been possible."

It even suggests Google's revenue from advertising on ISIS videos is shared with the group.

Although, the tech companies might be protected by the Communications Decency Act. That law prevents Internet services from being responsible for the content that users post.

Statements from Twitter and Facebook say the suit is without merit, but all three companies pointed to their individual policies which prohibit content from extremist groups.

Gonzalez's lawyers argued to CBS that the suit isn't about the content of the message but that these services give ISIS a platform to exist at all.

This suit is very similar to another one filed against Twitter in January by the wife of an American contractor the group killed in Jordan last year. It claims Twitter "knowingly permitted" the group to use its platform to spread propaganda, raise funds and recruit.