Paper Could Soon Be The Way Cyclists Stay Safe 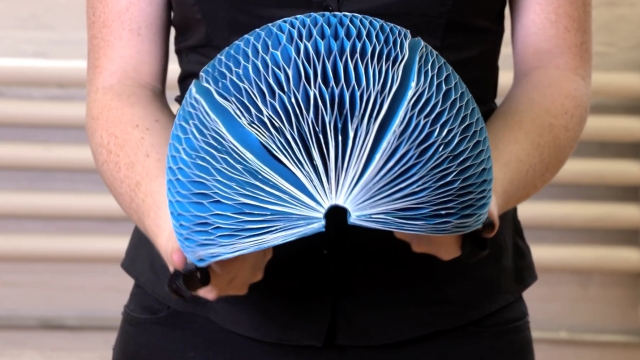 SMS
Paper Could Soon Be The Way Cyclists Stay Safe
By Melissa Prax
By Melissa Prax
November 18, 2016
The designer was inspired after not having access to an inexpensive helmet while traveling.
SHOW TRANSCRIPT

The future of city bicycling could be eco-friendly, paper helmets.

"I wanted to use bike-share bikes, and I was quite uncomfortable riding in the road. ... and just not having an inexpensive option available to me, I was like, this is a big gap," designer Isis Shiffer said.

Here's how they work. The model is made of a unique cardboard honeycomb pattern that spreads the impact and protects the cyclist's head from a blow.

You're probably wondering what happens if you ride in the rain. Well, the cardboard has a coating that makes it withstand water for several hours.

While more testing would have to happen before the public can get their hands on one, the helmet materials cost less than $5 and can be recycled after using.

SEE MORE: Researchers Dropped A Bunch Of Dummies On Their Heads For Science

Would you feel safe using this design? Let Newsy know in the comments or on any of our social media channels.